Yellow status means a section with moderate beachgoers and with a capacity of 50% of its safe capacity, depending on the use and enjoyment of beaches

Mazatlán, Sinaloa.- Five of the 30 beach sections in Mazatlán reached yellow status at the beach traffic light according to the latest update of the Mztourist application at 6:14 p.m. this Saturday.

The beaches were: Gaviotas beach section 2, from The Local hotel to Costa de Oro, with a capacity of 294 people. Playa Camarón, from Hotel Las Flores to Sumbawa, with a maximum of 660 recommended people.

Yellow status means a section with moderate income and no obvious signs of increase; It is at 50% of the safe capacity, depending on the use and enjoyment of beaches.

The rest of the beaches have been green all day, which means free access; It does not mean that they have not received bathers, but simply that their influx has not been significant to make their status change color.

Until 6:15 in the afternoon, no beach had reached the orange status, which indicates 65% occupancy over the allowed capacity with an alert of the upcoming closure. Nor to the red status, with which access would have been restricted. 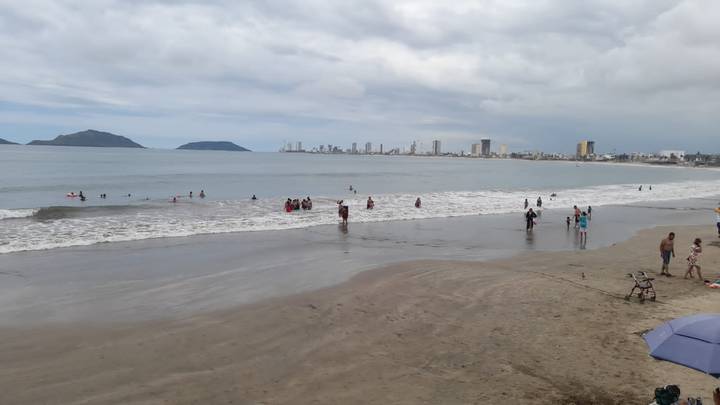 When taking a tour of the coastal strip it was possible to verify the low influx of bathers on the beaches. Where there was greater concentration was behind the monument of “the monkeys bichis”, and along the area of ​​the palapas-restaurants.

On the boardwalk, little mobility of passers-by, both locals and visitors, was observed, as in popular transport.