Yolanda Rodríguez makes a nutritious, healthy and rich product, a more conscious way of consuming it

Mazatlán, Sinaloa. – ” The rich are not fought with healthy ” is a phrase that Yolanda Rodriguez identified at the start her project on artisanal chocolate six years ago. The Mazatleca, when she was 20 years old, moved to the state of Michoacán, where she discovered this way of processing cocoa.

“I was living in Michoacán for six years, which was where this artisanal chocolate project began. It has been a year since I came to Mazatlán again and since December I have been in organic markets, resuming the project,” she said.

When she tried it for the first time, she loved its taste, how nutritious, healthy, and natural it is, as well as all the history behind cocoa in Mexico. Her interest was so great that later she searched the internet for recipes for its preparation, learning a little about how it is prepared in different regions of the country, then she continued through trial and error until she found her own essence.

“I started the project alone and then my partner joined. My chocolate is called ‘Jiaru’, which means ‘sun’, it is from the Mazahua-Otomí language of the Michoacán region with the State of Mexico and it is the name of our son, “she added.

The chocolate-making process begins from the moment the Tabasco cocoa is sent to you, it arrives raw and has to be manually toasted on a comal and simmered for approximately 20 minutes.

Then it is allowed to cool and the next step is to peel it, one by one, grain by grain. Yolanda uses to soften kilo by kilo, so all the product is roasted equally. For every kilo, about a thousand cocoa beans are estimated. 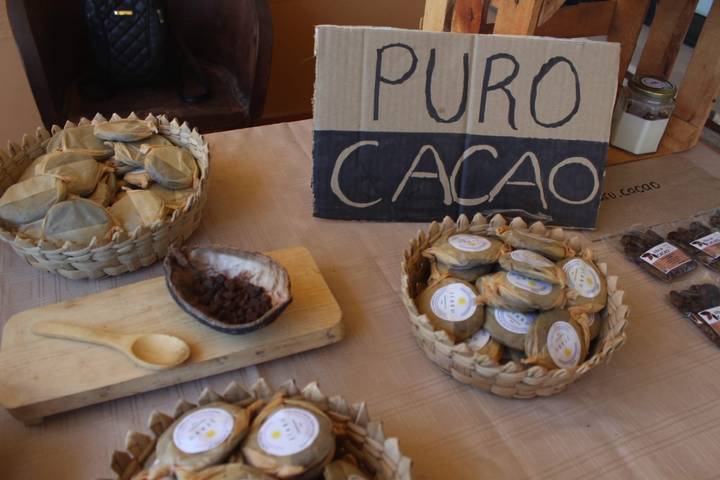 The cocoa is shipped from Tabasco, it arrives raw and has to be roasted on a griddle manually and on low heat

“After the pealing, its next step is grinding, I use a stone mill, this gives it a very rich flavor because it is as if it were in metate as it was traditionally made, although already aided by machinery, it is still iraw form and it adds minerals, “she explained.

It is here in this part of the process where the key is to obtain the desired consistency of the chocolate. Depending on the roast point of the bean and whether the grinding is at a certain pressure level, it is how granulated cocoa or with a creamy consistency is obtained.

“Then the piloncillo is added, which we only use that thickener because it is the healthiest, it is a more integral and Mexican sugar. The truffles are formed, they are left for a whole day to harden and are packed, ” she added.

The process is simple but laborious and takes time. But with a good jarocho son, Yolanda forgets time and puts her hands to work. 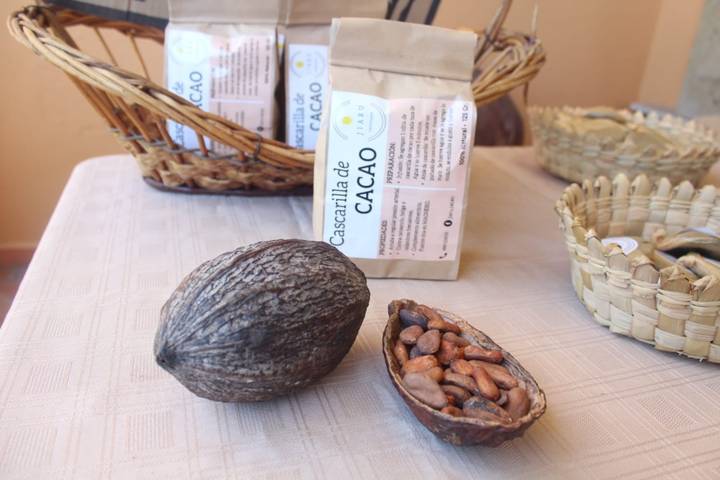 The cocoa is shipped from Tabasco, it arrives raw and has to be roasted on a griddle manually and on low heat

The artisan ensures that all her packaging and wrapping are biodegradable, it is a very important part of her project.

“For me, that is something very important in the project, it is about generating an economy because we all need it, but in a more harmonious or balanced way, both with the environment and with the people who collaborate to make the producers that me They sell cocoa to me, that a fair price is paid, “she said.

The 27-year-old entrepreneur started making chocolate at home, but her grandfather encouraged her to start her own workshop. Not only is she responsible for making the chocolate, but being a startup, she also performs sales, marketing, design, and more functions.

A curious fact, she refers to, is that on her return to Mazatlan talking with her grandmother, she told her that when she was young she also made chocolate in her native Recodo.

“Talking with my grandmother it turns out that she also made chocolate when she was young, on a tablet, without wanting to, I didn’t even know, and it was like it was already in her blood then,” she said.

Yolanda’s chocolates only have two ingredients: cocoa and brown sugar; In powder, cream and truffle are the presentations, but it also takes advantage of the husk that can be taken in tea and the small pieces of the cocoa bean already roasted to offer them as nibs.

With almond, walnut, blueberry or just semi-bitter are some combinations in truffles, they can also be used like any table chocolate, giving another touch of flavor to the food.

“This is something more natural, people are certain that it is 100% Mexican cocoa. It is very simple, nutritious, healthy, rich chocolate and the best of all is that it has all the benefits of cocoa. I feel very grateful for my work, it supports me and my family, commitment to the environment, there are more conscious ways of producing and consuming, “ she said.

The chocolate is called ” Jiaru “, which means ” sun “. The Facebook page is Jiaru Artisan Chocolate.

Pox, the traditional and ancestral Mayan drink that makes the heart happy

You cannot miss the Second Edition of the Mazatlan Agave Festival 2023!