Mexico City. – Unable to speak out for fear of reprisals or being fired, staff at the Benito Juárez Buienestar University suffer from job instability, cuts to their salaries, harassment, and mistreatment by the rector Raquel Sosa Elízaga, and to top it all, around 115 teachers and academic assistants from 70 to 80 campuses in the country did not receive payment for the first fortnight of July, but a letter of “termination of the agreement” for the provision of educational services, to be signed and thus deposited the corresponding to your last remuneration.

The document dated July 19 of this year, sent 5 days later to the teachers, conditions the deposit of the first half of July, already worked, to the signing of the agreement, with which, according to the lawyers consulted, the worker’s rights to demand or demand a fair settlement.

“I am writing to you to extend our most sincere thanks for the support provided until July 15, 2021, your participation has been very valuable for the development of the headquarters, but at the moment we are not in a position to renew the agreement of provision of educational services with you, we hope that in the future we will be able to count on your professional intervention again ”, reads the official letter signed by Héctor Leonardo Martínez Torres, academic director.

The serious thing about the case is that with this adjustment that is made from the Rectory, there are campuses that are practically running out of teachers, with only the coordinator and one teacher for 150 or more students during the preparatory courses. This destabilizes the welfare universities program and affects the quality of education, negatively impacting students and the communities where they operate.

It also emerged that there are offices with layoffs in Mazapil and Pánfilo Natera, in Zacatecas; Aporo, Michoacán, and others in Oaxaca and Coahuila.

“They stopped paying us the fortnight from July 1 to 15, now they condition our fortnight in exchange for us signing an agreement in which we lose rights to proceed legally; of course they do not say it directly like that, but it is that. I believe that many teachers are going to sign, the serious thing is that they create the illusion that they are going to hire them in the future, but it is a lie, because throughout this time they have lied to us a lot, “said one of the affected teachers, with more than two years of service.

Unofficially, workers were informed that there will be more cuts on August 15, so there is an atmosphere of insecurity and anxiety among those who remain.

The Benito Juárez University for Well-being (UBBJ) is a public institution of higher education created on July 30, 2019, by presidential decree, it is one of the social justice projects of the current president of Mexico, Andrés Manuel López Obrador, to take higher education to marginalized communities where there was no other option.

It began activities in August 2019, currently has 145 headquarters in all the states of the country, with more than 28 thousand students, one thousand teachers, and more than 36 registered engineering degrees, according to official figures.

It is an institution with a community purpose and rooted in the identity of the peoples that survive in conditions of exclusion, where the historical, cultural, and natural heritage is studied and appreciated and at least one native language of the community in which it resides is learned and practiced. .

Despite the human and social aspect of these universities, which seek to be a model of educational equity, within the institution there is an environment of labor instability, not only due to the excessive workload that workers have, but also because of the treatment they receive. They qualify as unworthy and despotic on the part of the rector Raquel Sosa, who is always threatening to fire them if they do not do what she says.

“We do not have any employment contract, we have always worked with some agreements that we have to sign by force, if we do not sign them they do not pay us and those agreements have several clauses, there is one in particular that says that we do not have any right to benefits and that we have to bring our own materials, that they do not support us with anything, except with what they pay us ”, commented one of the teachers. 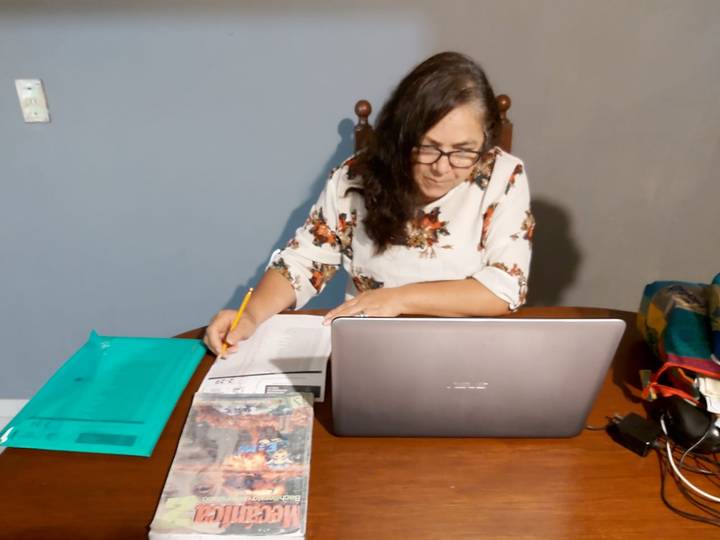 Constantly, Raquel Sosa threatens to run them away, arguing that the agreements only last from January to June and from July to December.

Throughout this time, anyone who has been dissatisfied or who has tried to protest, she has systematically fired them, as happened with the founding teachers of the project, who worked 6 months without receiving payment and when they gathered signatures to demand payment. , many were unjustifiably fired.

“Everyone is afraid of it, it generates so much fear that people are paralyzed, the teachers do nothing, there have been a series of systematic events where they are mistreating us, they have a way of always asking us for information until late at night, that If we do not send them, they do not pay us, they are constantly conditioning our fortnight, that if we do not do this, that if we do not send such a report, they do not pay us, which is not correct, because they cannot condition our fortnight, “she said.

It was last May 15, Teacher’s Day, that the teachers of the Benito Juárez Welfare University received the news that there would be an adjustment since many teachers did not meet the profile for an engineering career, especially those in the area Social.

Before this, in the month of April, their remuneration had been cut from 28 thousand to 24 thousand pesos per month, without prior notice, despite the fact that with this sum they cover the material and equipment with which they teach the classes since the institution does not support them in that.

Through a notice, Raquel Sosa demanded that the teachers and academic assistants send her their resumes to review them and pass them through a filter, after this, she notified some of them that their workload would be reduced part-time, but in the end, they would also be included in the cutout.

Not only do one- and two-year teachers appear on the list, but also founders of the project.

Several of the teachers are thinking of filing a labor lawsuit, so they are not signing the contract termination letter and others, out of necessity and with the hope of being rehired in the future, are accepting the condition to receive their last payment, stamping his sign.

So far it is known that among the sites affected by the dismissal of teachers and staff are Mazapil and Pánfilo Natera, in Zacatecas; Aporo, Michoacán, and others in Oaxaca and Coahuila. While the  massive layoffs  were presented in:

However, this is not the first time that the teachers of the Bienestar universities are in this situation, as a teacher told the media that they always sign agreements with the institution, in order to receive their respective payments.

A volcano could be Born: Experts concerned about a possible ‘seismic swarm’ in Michoacán.