Despite the spectacular nature of the accident, no fatalities or serious injuries have been reported so far.

Multiple crash was recorded this Wednesday night on the Mexico-Querétaro highway, one of the roads with the most incidents in the country.

Through Twitter, the National Guard reported that the incident occurred at 9:06 p.m., approximately at km 209 + 000 of the highway, in the direction of Celaya, at the height of the Corregidora stadium and Bernardo Quintana Boulevard. .

According to the first reports, at least nine vehicles were involved in the crash: seven compact cars, a trailer and a truck.

And it is that the trailer that was carrying sacks of cement ran out of brakes and hit both the pipe and the private vehicles, so they were covered with construction material.

Despite the spectacular nature of the accident, no fatalities or serious injuries have been recorded so far, so his urgent transfer to a hospital was not necessary.

In addition to the National Guard, elements of Civil Protection, the Red Cross and the heroic Fire Department arrived at the scene, who had to completely close traffic to guarantee the safety of the victims.

They reported that it will take about three hours to remove the fuel and spilled on the asphalt.

This has caused a very heavy vehicular load in the area, so it was recommended to travel along Bernardo Quintana Boulevard as traffic normalizes.

As for the driver of the trailer, it was detailed that he fled.

Trailers, masters and lords of Mexico-Querétaro

One of the alternatives to reduce the constant accidents on the Mexico-Querétaro highway is for the National Guard to apply federal regulations and force freight transport to circulate only in low-speed and central lanes only to pass.

In the same way, that forces freight transport drivers through infractions to respect speed limits, which according to what is stipulated in the regulations of the Ministry of Communications, must be 80 km/h for trailers. and cargo trucks, 95 km/h for buses and 110 km/h for cars and motorcycles. 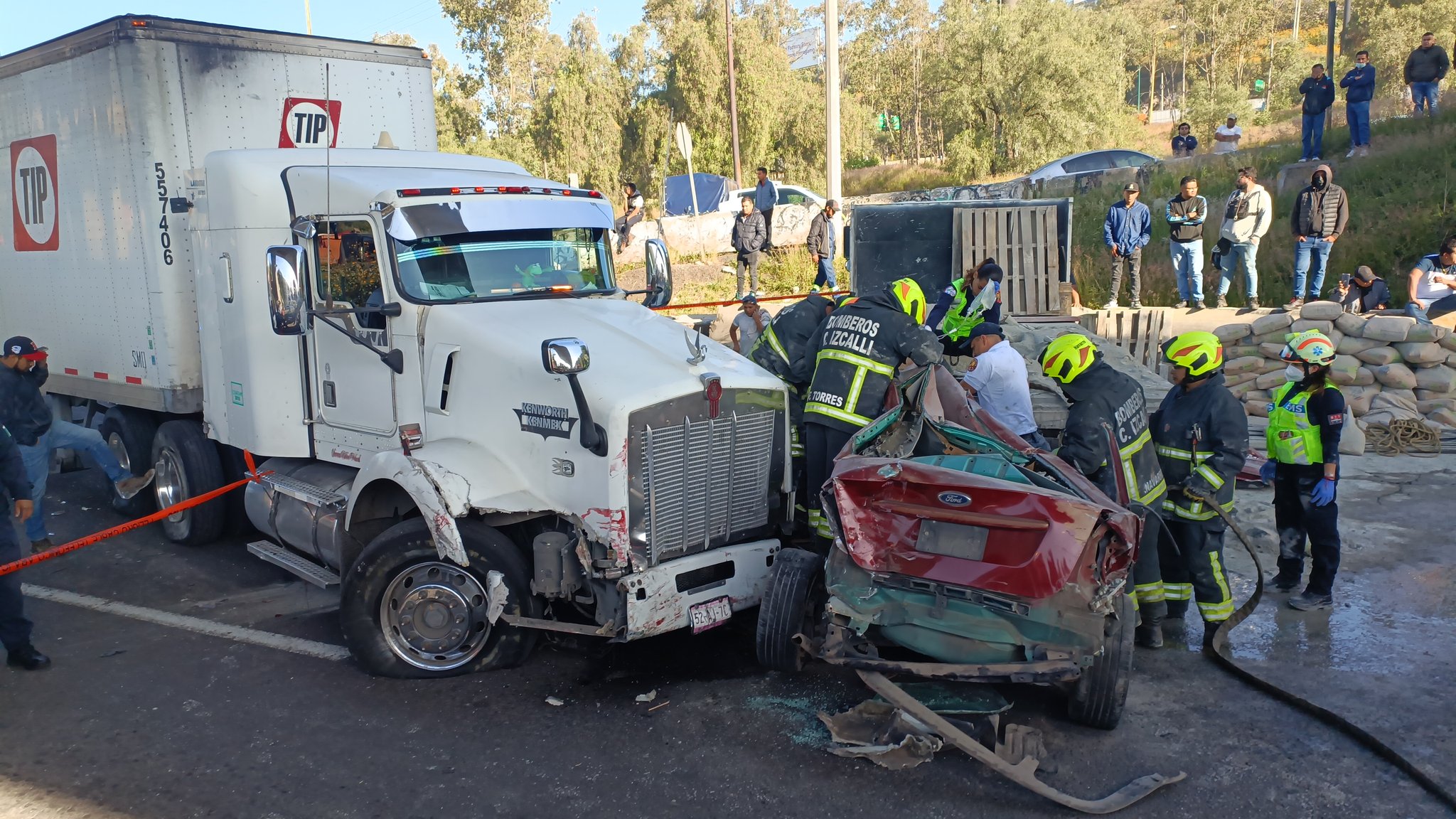 While the fines for speeding range from 7,085 pesos to 9,919 pesos, depending on what is involved, however, it should be noted that freight transport often occupies the three or four lanes of the road to circulate, without the authorities doing anything to prevent them from becoming the ‘lords and lords’ of the roads.

In this regard, the municipal president of San Juan del Río, Roberto Cabrera Valencia, reported on November 9 that he hopes to meet with federal and state authorities to discuss the issue of increased accidents on the México Querétaro federal highway.

He indicated that they will take advantage of this proximity to express concerns about road insecurity on this highway, which generates a large number of accidents, caused above all by freight transport.