At the moment, Zoé Robledo, mentioned that the COMAR and UNHCR offices do not plan to apply vaccines.

On average, 25,000 foreigners have been immunized against Covid-19 on the southern border since February, when the vaccination began, to date, reported Zoé Robledo Aburto, general director of the Mexican Institute of Social Security (IMSS).

The director of the IMSS assured during a press conference that anticovid vaccination is universal and everyone has the right to do it in national territory, the only requirement is that they belong to the age group to which it corresponds to be immunized and can verify it.

“The Mexican cabinet has been in solidarity with the issue of vaccination and has immunized people who are in the country and not only migrants, but people from Australia, and North Americans as seen in the macrocenter of the Theater of the City, ”he said. 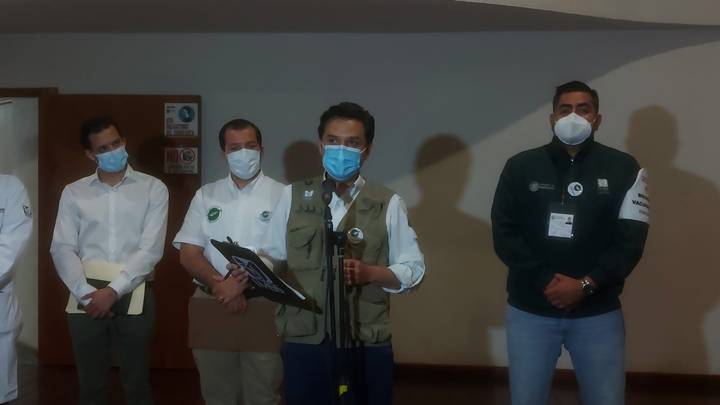 Citizens must continue to attend the vaccination modules installed in Chiapas

He pointed out that it is important to recognize that on the southern border there is a great difference between the migrant and the foreign visitor, especially on this border that has a significant flow of migration for trade, business, and even for family reasons.

Popular Stories Right now
Today we celebrate International Women’s Day 2021!
Veracruz: one of the most intensely deforested states in Mexico
Sunset Heights, the house where Pancho Villa and Gen. Hugh Scott met in 1915

“We believe that it is important that the vaccine is offered to all those who live in society and do not interrupt a border, since the virus does not respect borders or nationalities,” said the Health official.

Zoé Robledo stressed that most of the migrants who are on the southern border are young and that is why they have not been inoculated, but those who are already over 30 years old can go to the vaccination centers to receive the antigen.

He also assured that until now there is no plan to install a special module to vaccinate migrants in the offices of the Mexican Commission for Refugee Aid (COMAR) and the United Nations Agency for Refugees (UNHCR).

The general director of the IMSS explained that through the “Correcaminos” program, an average of 450 thousand 621 anticovid vaccines has been applied.

“Currently we already reach 30.64 percent of the vaccinated population in Chiapas, remember that we began reinforcing vaccination 18 days ago and we had a percentage of 17 percent .”