Rogelio Ramos, an urban cyclist, announced that every 15 days the “Cycling and Pedestrian Coexistence” will take place in San Cristóbal, he invites citizens to attend

San Cristóbal de Las Casas.- Rogelio Ramos, an urban cyclist, announced that every 15 days the “Cycling and Pedestrian Coexistence” will take place in this city, where citizens can attend the Los Portales area, where the Andador begins. Real de Guadalupe to continue in a straight line and turn into Avenida Francisco Zarco and go back up Calle Diego de Mazariegos to conclude in Central Park and it will be on Sundays from 8 in the morning to 12 noon.

In a press conference, he explained that the objective is to promote family coexistence and encourage the use of bicycles, which is done in coordination with different municipal areas and groups that promote this means of transport that also helps health and is friendly to the environment. environment.

He pointed out that it is also an exercise in citizen coexistence that has been practiced in other places, and consists of the transformation of public space to take cars off the road for a few hours and give space to cyclists and pedestrians, where culture is promoted from walking and biking to get around.

“People who want to walk and ride a bicycle are welcome,” he commented and said that he did not know the number of cyclists in San Cristóbal, “it is a piece of information that we do not know, it is a piece of information that cyclists but also the Directorate of Transit since it is a very popular way of moving around in San Cristóbal ”, he indicated. 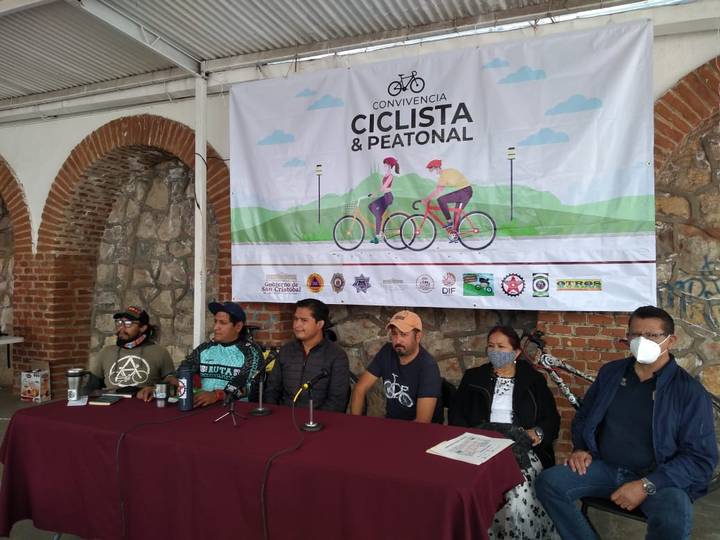 Likewise, he commented that unlike what exists in other cities “here there are different types of cyclists, here we can find the sporty cyclist, but also the one used to move around, as a form of recreation, as a work instrument, and even it serves to generate your own economy, in that sense, we can venture the number of cyclists is large because there are several profiles ”.

Finally, he stressed that the benefits of riding a bicycle are many, especially in health, since the UN itself is promoting it to combat chronic degenerative diseases and in terms of the environment it removes the trail of pollution produced by cars.