This is due to the lack of economic recovery and increases in rents, said María Flores, president of the Mexican Association of Real Estate Professionals.

40% of the premises in the downtown area of ​​Durango are empty, this is due to the lack of economic reactivation, the increases in rents and because during the pandemic, there was not only work at home, but also businesses, and they stayed that way. offering its products from home, said María Teresa Flores Jáquez, president of the Mexican Association of Real Estate Professionals (AMPI), within the framework of the 2022 Housing Expo.

This situation has caused low sales for the real estate sector, up to 50% less, and it was detailed that in the center on the same block you can see up to two or three stores with “for rent” signs, spaces that were vacated after years of being there, and that have been months without being occupied.

He explained that for businessmen or entrepreneurs, at this time the best option is to sell from home, because that is how they adapted during the pandemic, they took their business to the home, so they are not looking for a place to rent, nor to buy. 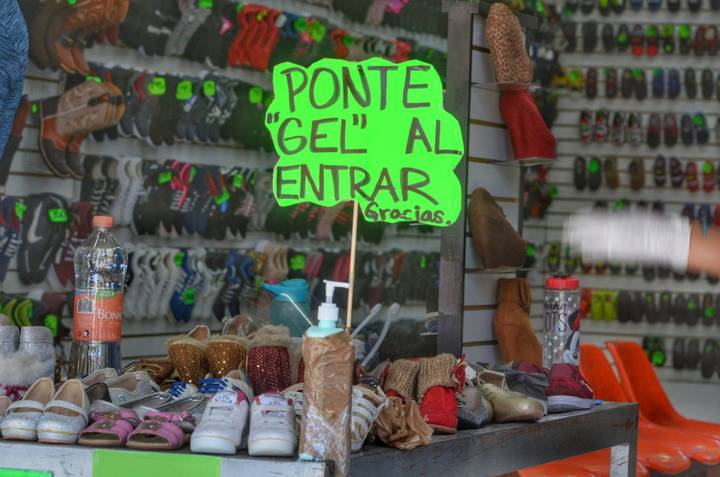 What is being sought now by the sector is to reactivate the economy, which is why the Housing Expo was resumed after three years, a space that, in coordination with various companies and organizations, makes known what housing developers have to offer. Durango, the options for each family to build a heritage, with what they have within their reach.

Infonavit, Canadevi, Business Coordinating Council, AMPI affiliates, and some local authorities, were present at the Parque Guadiana Sports Center on May 14, to be part of the Housing Expo.

Previously, of every 10 crimes, two were reported, now it has advanced to 50%, said the president of the Union of Established Merchants of the Historic Center

Among merchants in the downtown area of ​​Durango, the culture of reporting has increased, previously out of every 10 crimes, two were reported, now it has increased to 50%, but good coordination has also been achieved between them, and close communication with the security authorities, and the most important thing is that some crimes have been reduced, explained Eduardo Bernal, president of the Union of Established Merchants of the Historic Center.

He pointed out that some of the main infractions that occur in businesses are theft, payment with false bills, employee dishonesty and carelessness; to know how to react in the event of such a situation, but above all to prevent, they have received training from municipal Public Security, with which they have been able to reduce these crimes by up to 75%.

He said that some of the crimes can be avoided, the main thing is to be vigilant because in many cases it is not until after they become aware of the robbery that they want to report it, but at the time it was possible to be alert and avoid it.

In the case of vehicle theft, he said that it is something atypical, but it has already happened in one case to a member, Aquiles Serdán and Patoni’s truck was stolen, but fortunately, after three hours they were able to recover it.

He pointed out that they recognize that there is a greater number of patrols and surveillance, but it is also thanks to the fact that as merchants they are organized to publicize anything that comes up and take care of themselves as a community.

Mexican entrepreneur launches brand of soaps made with Nopal