As of yesterday, several areas of the port were considered risk areas, however, the damage caused by ‘Pamela’ was not substantial.

Mazatlán, Sinaloa.- Despite the fact that the floods were present in certain areas of the port of Mazatlán, especially those near bodies of water, the damage was minimal.

Among the areas that remained under surveillance were the Venadillo, Villa Verde, Real Pacífico, and El Toreo channels.

The inhabitants of these areas are calmer today, since after the passage of the hurricane they were not affected to a great extent, however, if they are areas in which floods due to rains are common and this time was no exception.

Passers-by and vehicles circulating in the areas tried to avoid the water as much as possible, which is still stagnant in some streets, but drops as the hours go by.

The municipality is already working on cleaning streets and avenues to prevent accidents, clearing these areas as soon as possible for the safety of the citizens.

Waves of more than three meters high register the beaches of Mazatlán as part of the effects that “Pamela” left as it passed through Sinaloa.

The port for navigation is closed to all types of boats and as well as the beaches to bathers. The palapas located along Del Mar Avenue have been seriously affected.

Dozens of people went to Del Mar Avenue to appreciate the ravages of “Pamela”, but there is respect and they do not enter the beach area

After the storm, dozens of people visited the various areas to see the movement of the sea, which presents waves of just over two meters, even without the presence of lifeguards but society respecting the intensity of the sea.

Some damage reported in Zona Dorada

Poles, billboards and roofs were also demolished; merchants and workers little by little returned to daily activities cleaning the front of their businesses 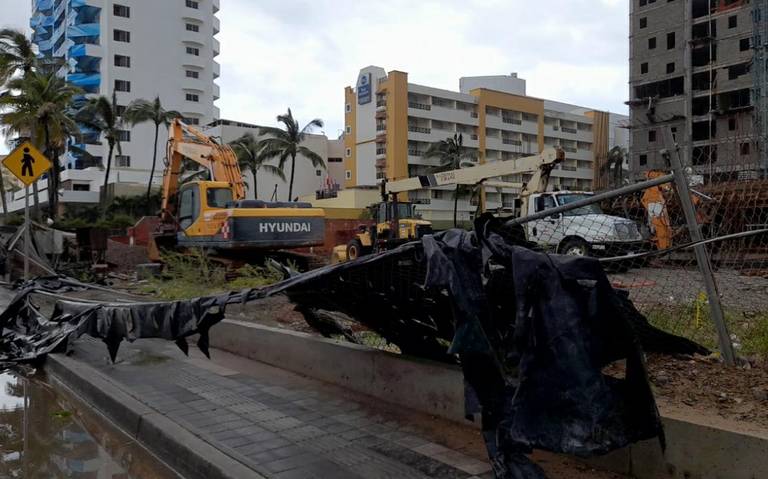 After the storm comes the calm, dozens of tourists, seeing that there were no longer any risks of rain and that little by little the sky was beginning to clear, left their accommodation centers to capture in photos and videos the rough sea.

When making a tour of the Golden Zone, it was observed that the strong gusts of wind caused damage, mainly in the constructions; Canvases, metal structures and other materials and tools were even left on the sidewalks. 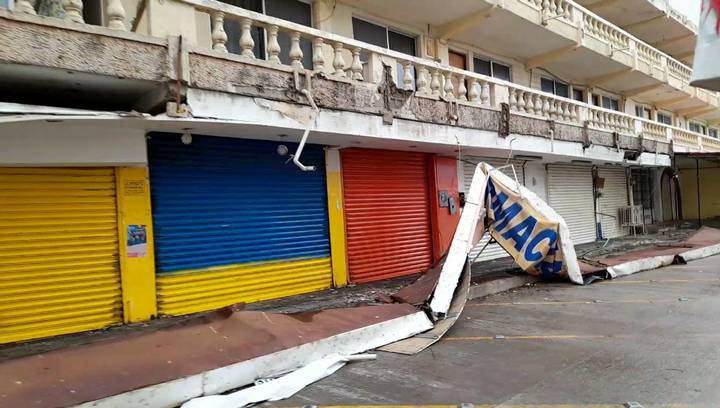 Some sections of Cámaron-Sábalo avenue were slightly flooded and along the remodeled Gaviotas avenue, the recently installed palm trees did not resist and the vast majority were left inclined.

Few shops dared to raise the curtains until before noon, and it could be seen that many locals prevented themselves by protecting the windows with boards and tape, also with sacks of sand.

No damage to the Mazatlan fishing fleet

The fishing and recreational fleet of Mazatlán did not register damages with the strong winds and storm surge generated by hurricane “Pamela”.

The captain of Puerto de Mazatlán, José Ángel Treviño Núñez, confirmed that the shrimp boats were not damaged and that the pangas raised them on time, only one yacht in the Mazatlán Marina was affected by the winds.

“There is a swell in the background and the port continues to be closed to navigation, only navigation was opened for the transfer boats to Isla de la Piedra,” he said.

He commented that there were more than 150 shrimp boats that arrived at the docks of Mazatlán to seek refuge from the effects of the hurricane.

Express that the call was made in advance to the owners of boats, both minors and fishing pangas, transport, catamarans and shrimp boats, to use methods of protection or reinforcement in the moorings to avoid their affectation.

For his part, the president of the Union of Shipowners, Omar Lizárraga Manjarrez, confirmed that the majority of the fleet that was fishing near the coast of Mazatlán entered to take refuge, others did so in Topolobampo and some more did so in Yavaros, Sonora.

“Experience has taught us that we have to attend to all the recommendations to safeguard the lives of the crews, which is the most important thing,” he said.

Due to lack of resources, Mazatlan loses certification of its beaches

They find a dead migrant couple on the highway in Oaxaca