Given the increase in migration in Querétaro, it is necessary to create a State Migration Registry

Between 2015 and 2020, 195,760 inhabitants came to live in Querétaro from Mexico City, the state of Mexico, Guanajuato, Veracruz, and Michoacán.

And their destination is chosen for security reasons, hence people from the United States, Venezuela, Colombia, Spain, Brazil, Canada, Japan, India, and Argentina also arrive among many other countries, as was said during the discussion “Attention for Migrant Communities”, by the Institute of Public Administration of the State of Mexico.

There it was said that it is necessary that, as in the Mexican entity, it is essential that in the state of Querétaro, there is a State Registry of Migrations, to know the migratory phenomenon and its growth.

Meanwhile, Norma Baca Tavira, a researcher at the Autonomous University of the State of Mexico, explained that 40 percent of the population is not from the Mexican state.

She added that migration to the state of Mexico is one of the most intense in the country.

In addition the need to create Migrant Assistance Institute

“Various aspects would have to be taken, from passing migration, Queretaro migration that is in the United States and serving the foreign communities that are in Querétaro” 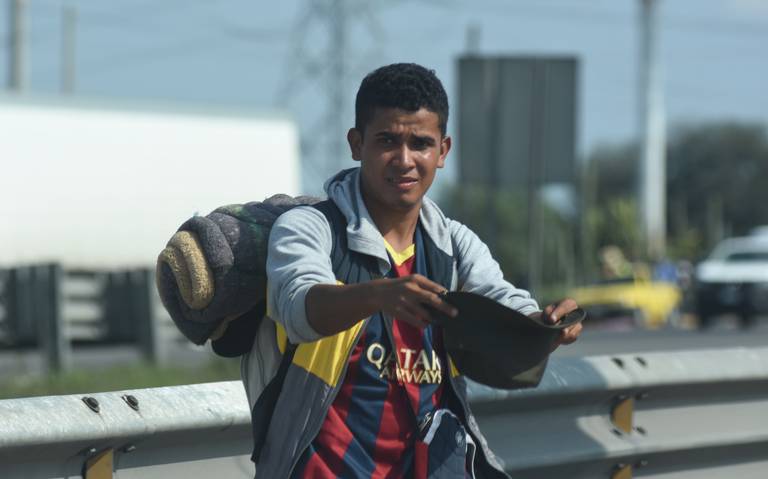 The next state administration, headed by governor-elect Mauricio Kuri, should consider the creation of an Institute for Migrant Assistance with the aim of making migration visible and making it orderly, legal, and safe, said Fernando Rocha Mier, president of Migrantes United in Caravan AC.

He added that said institute must be multifaceted in attending to all types of migration and not only to those who are in the United States.

“I think it would be very important to create the institute for the care of the migrant from Queretaro, I think that the migrants have contributed economically to Querétaro.

Several aspects would have to be taken, from the passing migration, the Queretaro migration that is in the United States and serving the foreign communities that are in Querétaro, “he mentioned.

“More than half of the territory of Queretaro is supported by migrants, we cannot deny it or cover it with a finger, and I think it is important to create this institute of attention to migrants in this administration so that the migrant issue can be made visible

We have to continue working on having an orderly, legal and safe migration, “he reiterated.

The also founder of the migrant caravan stressed that through this institute H2A and H2B work visas could be granted, thereby preventing people from paying excessive fees to coyotes and risking their lives.

He explained that, currently, a coyote charges 8 thousand dollars to cross, that is, around 160 thousand pesos, without guaranteeing a safe arrival in the northern country. “I believe that it is a very important challenge that hopefully migration can be made visible,” he concluded.

10 thousand people participate in the Walk for Peace in Queretaro