Authorities mentioned that these works will start this next September 14

The work of the TAM-Bajío highway would generate the arrival of more than a million new visitors to Miramar beach, said municipal president Adrián Oseguera Kernion, which is why it is necessary to detonate the infrastructure in this tourist destination.

The first authority mentioned that these works will start this coming September 14, so that both the state and municipal authorities are in talks with investors so that they can land works on Miramar beach.

He said that for the investments to arrive, both the state and the municipality will provide all the facilities to investors so that they can settle in this tourist destination, leaving behind all the bureaucracy to obtain permits.

“The facilities that will be given to them by the state government, hand in hand with the municipal government, because all the bureaucracy, that ends, it is immediately, we are talking with the businessmen from here in the area, so that the tomorrow do not tell us that we do not take them into account, on the contrary, we are going to give you all the facilities, we have to develop Miramar beach now, “said the municipality.

Oseguera Kernion explained that the highway will give a plus to the area and will be more attractive to investors, and the objective is to promote tourism infrastructure and developments in the maximum tourist destination for the arrival of visitors. 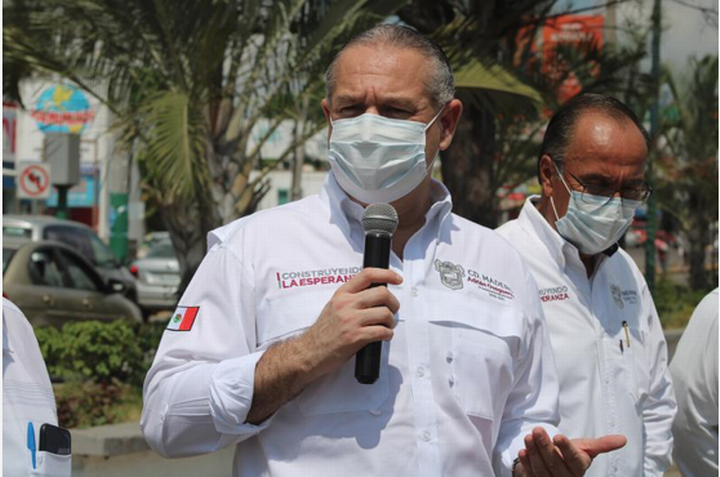 The mayor of Ciudad Madero, Adrián Oseguera, pointed out that the TAM-Bajío highway will detonate tourism in the area |

With a new road, up to 3.7 million tourists will be able to reach the beach

More than 200 thousand visitors have arrived at Miramar beach during the summer vacation period, from the states of Nuevo León, Coahuila and San Luis Potosí.

He pointed out that for this he is having permanent communication with the state government, to facilitate economic development in Ciudad Madero, but mainly in the tourist area.”The highway that the State Government is going to start with federal resources as of September 14, will give Ciudad Madero and the metropolitan area more than 1,200,000 new tourists”

The Mayor said that for this purpose, the recovered properties in Miramar beach have been made available, for which local investors have been invited to participate in hotel projects.

External Oseguera Kernion that in the case of the municipality, facilities will be provided for all those interested in investing in Miramar beach, and that they do not have to fall into the bureaucracy that existed in previous administrations.

He mentioned that with the construction of this highway and the tourist promotion to Miramar, the arrival of up to 3.7 million visitors is expected at that time, so it seeks to create new hotel complexes.”Starting right now then seeing to attract and convince local businessmen to invest here in Ciudad Madero and give them all the necessary facilities. The City Council gives them the facilities to build and once built and in four years they can pay for the property”.

He added that there is a willingness on the part of the current administration to collaborate with the state government to achieve the completion of the 110-kilometer work that is estimated to be completed in a term of one year , which will reduce the arrival time to only 4 hours and average to the maximum tourist walk in the south of Tamaulipas.

He recalled that more than 200 thousand visitors have arrived at Miramar beach during the summer vacation period, from the states of Nuevo León, Coahuila and San Luis Potosí, although it is expected to attract a growing market that is the Bajío area that includes Guanajuato, Aguascalientes, and Querétaro.”This highway will bring many benefits to the area, it will also be the shortest route in the entire industry of these states of San Luis Potosí, Aguascalientes, Querétaro, and Guanajuato, we will also have business tourism, coupled with beach tourism that will surely be they will achieve with the new Tam Bajío highway to Miramar “.

Series of incidents cause distrust in US border authorities