The self-defense group, which emerged in the Pantelhó community, was looking for members of another group called “Los Herreras”; he would have taken the captives to his alleged headquarters, in San José Buena Vista Tercero.

SAN CRISTÓBAL DE LAS CASAS, Chiapas. – Some 200 armed men stormed a town in the mountains of the southern Mexican state of Chiapas, where they set fire to vehicles and at least a dozen houses, vandalized the city hall, and kidnapped 21 people, authorities said Tuesday.

Officials blamed a new self-defense group called “El Machete” for the events, which announced its existence just a week earlier with the alleged purpose of combating the incursion of drug cartels in the communities of the Sierra de Chiapas, inhabited mainly by natives.

On Monday afternoon, masked men carrying rifles were distributed in the town of Pantelhó and went street by street in search of suspected criminals, according to the authorities, an action that generated panic in the community. The subjects set fire to some houses.

Popular Stories Right now
Mennonites in Mexico, what you didn’t know about them
AMLO campaigns to dismantle the Statue of Liberty if Assange is convicted in the U.S.
Aguascalientes “Bypass Carretero Poniente” would be ready in December

Pedro Gómez, a local activist, said that at least three vehicles and a dozen houses were set on fire.

Dozens of families fled again from the municipal seat of Pantelhó, since the afternoon, last Monday night, and early Tuesday morning.

Pedro Gómez, a local activist, said that at least three vehicles and a dozen houses were set on fire.

It was after 12 noon last Monday that at least 200 people began to enter the houses of several people, linked to the mayor, destroying, burning the house, and detaining people, who around 6 o’clock In the afternoon they were exposed in the kisoco of the park, without the authorities of the National Guard and the Mexican Army being able to intervene, and they only retreated at the point of entering the head, where they remain until this morning. 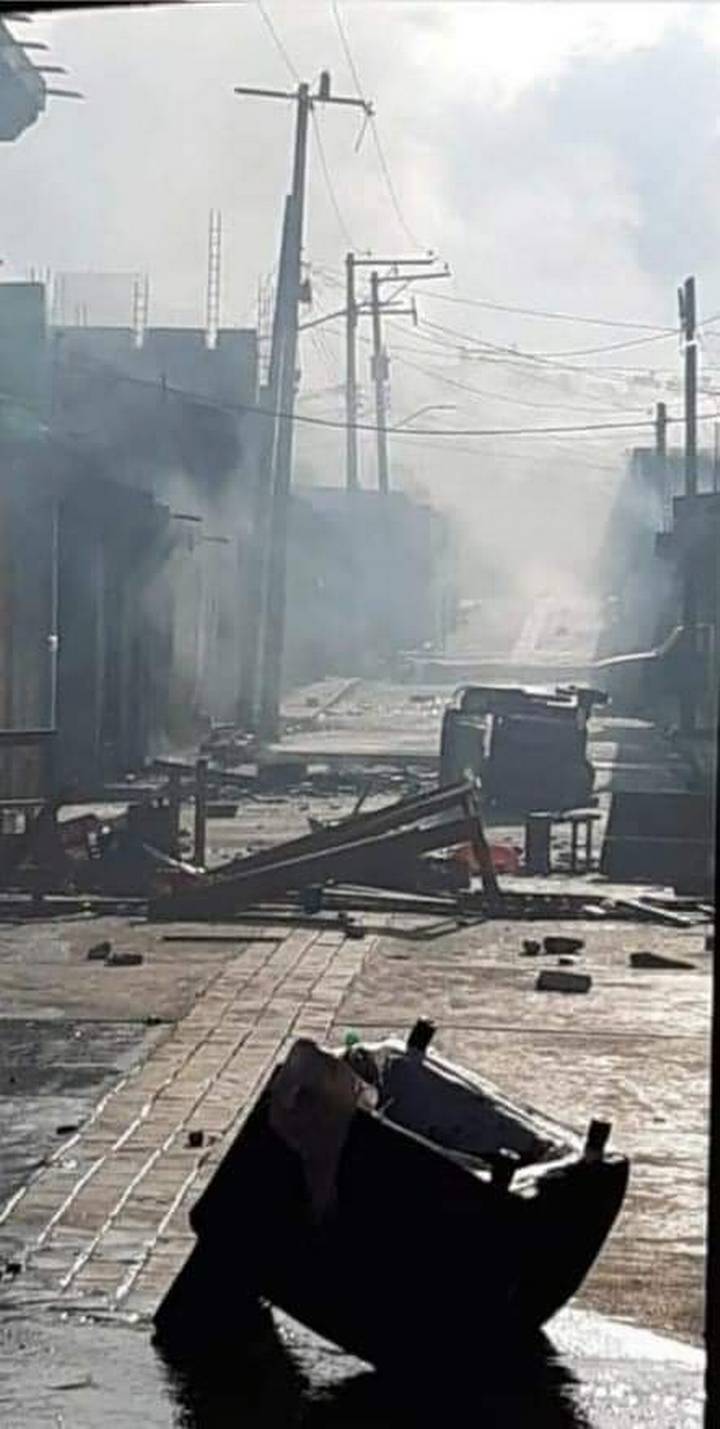 Most of the burned properties belong to the Herrera family, and although personnel from the National Guard, the Mexican Army and the Attorney General’s Office remain in place.

Most of the burned properties belong to the Herrera family, and although personnel from the National Guard, the Mexican Army and the Attorney General’s Office remain in the place, they could do nothing, and when they saw the failure of the authorities to act they fled, some arriving at Chenalhó and others to San Cristóbal de Las Casas.

It is known that a group of displaced people from Pantelhó will arrive at the Attorney General’s Office in Los Altos de Chiapas, in San Cristóbal, who fled this morning, to demand that they be guaranteed a return and act against who or who are responsible.

Villagers are in fear of what is happening in Pantelhó

The group, which apparently includes members of the indigenous Tzotzil ethnic group, claims to be a “self-defense force”, a phenomenon that has been seen for years in some western states of Mexico.

An official from the Chiapas Attorney General’s Office, who requested anonymity, said that an investigation into these events has been opened. The official pointed out that the armed men belonged to El Machete.

The 21 abducted inhabitants were taken to the town of San José Buena Vista Tercero, the alleged headquarters of the self-defense group. The official said the armed men were apparently looking for members of another group called “Los Herreras.”

In the center of Pantelhó, before thousands of men and women, the ejido authorities of 86 communities and the representatives of the 18 neighborhoods of the municipal seat endorsed their desire to live in peace in the place.

The mayor’s office, an old and sooty building, seems to be the faithful reflection of a government that for 18 years has held power in this place under the acronym of the PRD.

On August 3, 2020, the constitutional mayor Santos López Hernández was removed from office for the crime of sexual abuse against “two indigenous people,” but only one was of Tzotzil origin, since the other was a woman from Honduras who Now he is the visible head of Los Herrera and occupies the Civil Protection department in the city of Pantelhó.

* The mayor’s office, an old and sooty building, was a meeting point.

When the elements of the federal and state forces left, they abandoned a state police patrol and an ambulance from the Ministry of Health, which were later burned by the residents.

There are also cars and motorcycles incinerated by followers of the PRD mayor, Delia Yaneth Flores Velasco, and her husband Raquel Trujillo, the mayor-elect.

Finally, residents who do not sympathize with El Machete asked that the security forces return so that tranquility and peace can return to the community.

After El Machete announced its existence earlier this month, President Andrés Manuel López Obrador said he will not accept the presence of self-defense groups.

Human trafficker gunned down by police in Chiapas, Mexico