The API is putting out to tender the works that imply 480 million pesos of investment, with a scheme of partial transfer of rights.

La Paz, Baja California Sur.- Within two years, La Paz will have two new Tourist Marinas; One of 85 combs in El Manglito and another of 200 in Pichilingue, in both cases private investments and in water bodies currently concessioned to the Comprehensive Port Administration of Baja California Sur (API-BCS), the agency that is in charge of the tenders and that In exchange for the partial transfer of the rights, he would be receiving consideration and an income from the entrepreneurs.

This was announced by the Director of the API-BCS José López Soto, who explained that both international tenders are in the final stretch and the corresponding rulings would be issued between March 4 and 5; Three interested parties have registered in the Manglito and two in the Pichilingue, and once the contract is signed, they would have eight months to complete the permit procedures in the federal entities, to later start the construction and conclude it in a period of no more than two years.

He explained that the Pichilingue marina will have 200 slips and will be located very close to the La Paz fishing zone, strengthening one of the most important activities in the capital, which is permanently at occupancy levels of up to 90%. , and with an increasingly important arrival of boats either from the country or from various parts of the world; It will have an infrastructure with the capacity to receive large draft tourist boats.

That of the Manglito will be for smaller vessels and for commercial fishing, and in this site, spaces will be enabled for local riparian fishermen, such as a filleting and marketing area, and they will be able to use the launching area in synergy with the owners of the luxury boats that will be arriving at this marina.

López Soto highlighted that in these almost 6 years of government, the API-BCS has been dedicated to visualizing development issues that have to do with port activities that bring benefit to the entity, and cited as examples the tender for the gas plant and the cruise terminal.

Regarding the investment amounts, 130 million pesos would be applied in the Marina del Manglito and 350 in the one in Pichilingue, in a scheme where the APIBCS partially grants the water mirrors, with a payment at the start of the project and a monthly rent; something similar to what happens with the natural gas company that is being built Pichilingue in which 280 million dollars are invested; There, the company paid the API-BCS 230 million pesos when starting its project and will pay a monthly rent of 850 thousand pesos for the use of the land.

The rents for the Manglito and Pichilingue bodies of water were not disclosed, because the tender is underway. 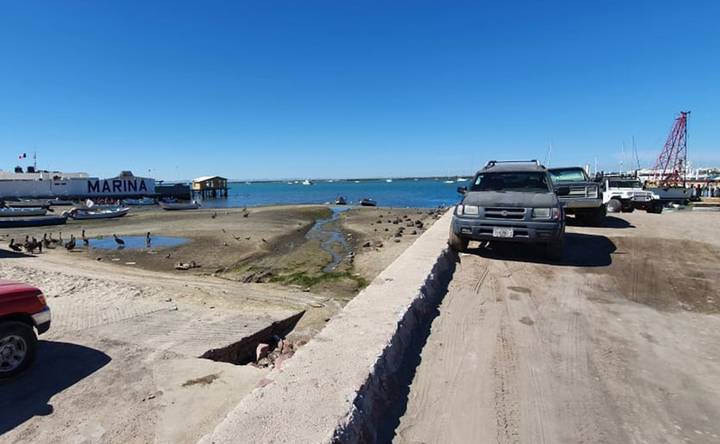 Two more marinas for La Paz: one in El Manglito and the other in Pichilingue.

In the last 10 years, La Paz has positioned itself as one of the fashionable destinations for owners of luxury yachts and mega yachts; even, the president of the Association of Tourist Marinas of Mexico Neil Shoyer has reported that due to their large size, some vessels cannot dock in the marinas of La Paz and have to use the fiscal dock.

Each boat of this type generates an important economic benefit due to the fact that some bring up to 60 crew onboard, in addition to the owners’ families, and it is during the winter when the highest season is registered, with trips over the Sea of ​​Cortez. and some also sailing the Pacific. A single boat can carry up to 100,000 liters of fuel, in addition to the fact that in La Paz they acquire supplies for the crew, hire service providers for maintenance, and pay up to a thousand dollars per day for docking in a marina.

In La Paz, there are 7 marinas with 700 slips, and its clients include visitors of great purchasing power from various countries in America, Europe, and Japan, attracted by the natural beauties of the Sea of ​​Cortez, the tranquility and security that the city offers and for activities such as gray whale and whale shark watching, visits to Espiritu Santo Island and others in the Gulf of California; swimming with sea lions, diving, sport fishing and a visit to Balandra and El Tecolote, among others.

On Monday Oct 3 the Mexico-Querétaro Highway will be closed, these are the alternative routes