After 30 years of suffering flood damage, neighbors intensify their claim to the authorities to achieve a solution

Mazatlán, Sinaloa. – Although the work promised years ago has been a priority issue on the government agenda, the construction of a gully, canal, or storm drain to provide a solution to the flooding in the El Toreo area and the El Cid subdivision is still pending, despite the fact that the houses, vehicles, and properties of the residents of this area are underwater, every time it rains.

In the last two years, the water level in some areas rose up to one meter in height in the houses that are located between La Marina avenue and Circunvalación, damaging vehicles, furniture, and homes, the strongest were registered on the 27th of July and November 28, 2019, and September 11, 2020.

The problem has existed for more than 30 years, those affected are tired of knocking on doors, of exposing the problem in meetings and open town hall, so they have decided to be the stone in the shoe and the same shadow of public officials who attend events. officials where there is a banner or ribbon cutting of works until their situation is resolved.

They have already done so with banners, blankets, and cardboard in hand when they set out on the works on Rafael Buelna Avenue and at the start of the Sábalo-Cerritos bike path, with the following legend: “Mr. Governor, keep your promise. Neighbors of El Toreo, we demand that they fix the flood problem ”.

María del Carmen Pardo Sibrián and Amalia Venegas, neighbors and victims of the El Toreo subdivision, have been spearheads and spokespersons for the group in the demonstrations, who assure that they will continue to “break stone” in defense of their families who see their properties in danger and security against flooding due to rains.

“We already have a well-implemented project so that they authorize the resources and this is done, there is a promise that, in this year’s budget, we would enter it, we will not take our finger off the line, if necessary we will go to Culiacán, to Mexico City, wherever it is necessary because we have already been through a lot, and each time the waters accumulate more, “said Pardo Sibrián. 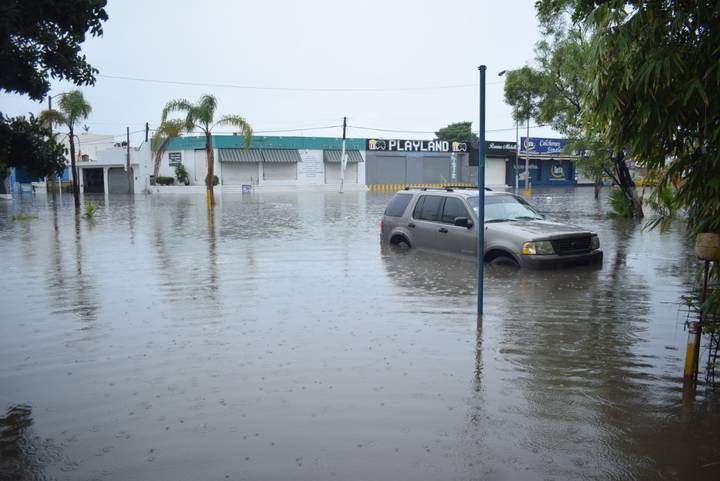 The conflict is due to the fact that three channels converge in El Toreo: the one that goes down from Rafael Buelna avenues and La Marina, passes through Sánchez Celis, Alameda and part of what is López Mateos, and joins in what is the area of El Toreo, Soriana Toreo, Jardín El Toreo, the same Toreo, and it goes and empties into the Cetis 123 channel.

Another is the channel that runs from Pueblo Nuevo, part of Sánchez Celis and Francisco Villa avenues, and descends along Francisco Solís avenue, which captures all the runoff that comes from the Bicentennial, Francisco Villa, Mangos 1 and 2, Puestas de Sol, even reaches the Cetis campus.

And the third, the one that comes from the other end of Dorados de Villa.

All that water gathers and runs up against the fence, the grates and the El Cid storm drain gate, which in the words of the residents of El Toreo close the passage of a natural channel in times of rain and accumulate garbage, affecting both subdivisions with severe flooding.

We have lost cars, furniture, we have deteriorated houses because there are parts where the water enters almost a meter and this problem is every year 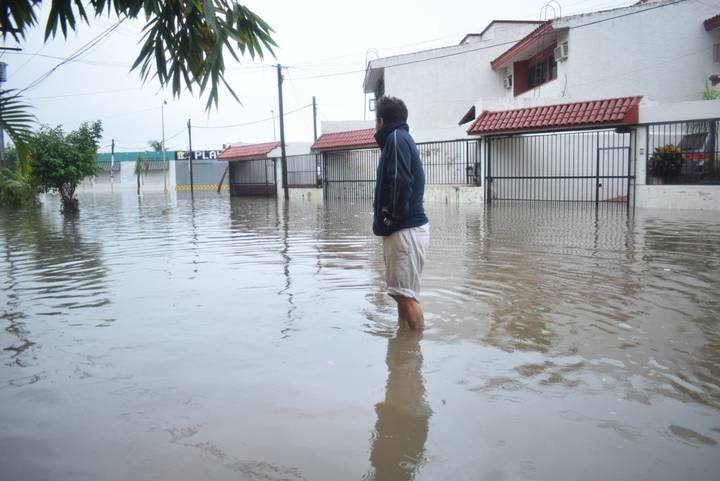 She assures that the problem is the obstruction of the flow of the stream or channel that passes through El Toreo, by closing the grids in El Cid.

WHEN WILL THE PROJECT BE COMPlETED

Amalia Venegas indicated that the promise to resolve this water drainage situation was given in 2019 by Governor Quirino Ordaz Coppel, the Secretary of State Public Works, Osbaldo López Angulo, and Mayor Luis Guillermo Benítez Torres, however To date there is nothing concrete, except the project.

The proposal was even made public on December 13, 2019, during the session of Cabildo Abierto number 7, before councilors, officials and the municipal president of Mazatlán. 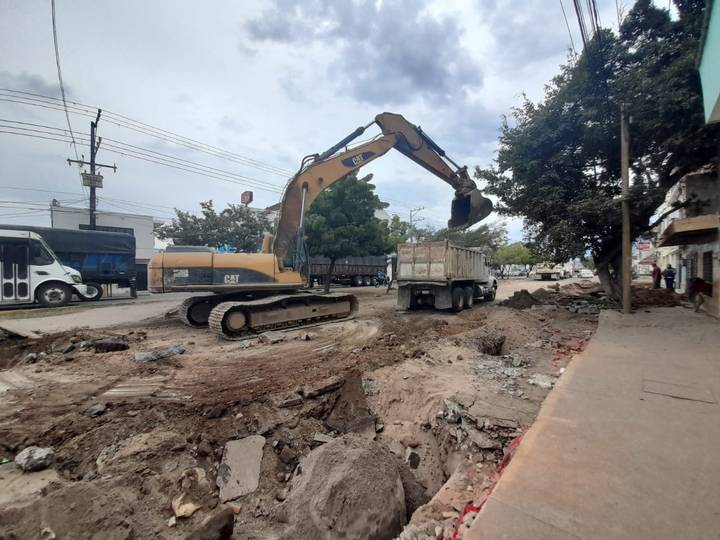 There, the mayor acknowledged that there is a project with the state government to prevent rainwater from rising in the rains. And the commitment was that the El Cid floodgate would no longer close during the rains so that the water would flow and the storm sewer would not be covered, as well as the development of a viable solution project.

The two proposals submitted by the Municipal Public Works Directorate are one, to channel the waters towards an open-air channel through the site where the natural stream runs within El Cid, from the confluence of Francisco Solís avenue with Av. Canseco, which is where 3 channels converge and from there continue to the interior of El Cid, between Calle de la Tizona and Circuito Campeador.

And two, make a pluvial duct through the median of Canseco Avenue, between Toma de la Polvadera and Arroyo Tiro Cuates. Both projects are ready, but there are still no resources to apply them, the first requires an investment of at least 36.5 million pesos and the second, 51.7 million pesos.

Since then, only avenues have been remodeled in which millions of pesos are invested, such as Rafael Buelna, Camarón-Sábalo, and more recently the start of the construction of bike lanes in Canseco and Sábalo-Cerritos avenues. 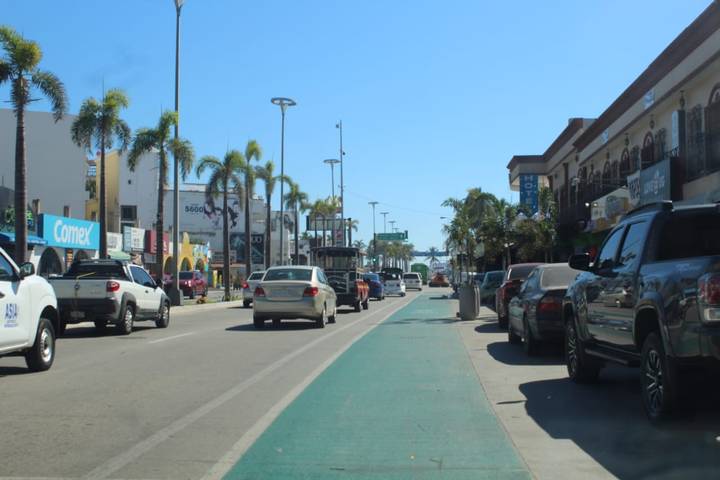 Without parking lots, it is difficult for customers to reach businesses.

“They are doing works of millions of pesos and our request is that we have been flooding in El Toreo for more than 30 years and each work that is built we stay below the level, because the works that are done tend to increase them,” Amalia said.

The director of municipal Public Works, Juan de Dios Garay Velázquez, indicated that the agency under his charge was tasked with reviewing the case and preparing a project to solve the problem, for which surveys and a hydrological calculation were carried out, which was completed with two alternatives: the lining of the “El Cid” rain gutter and a rain duct on Carlos Canseco avenue.

He discarded the original project for a gully, since it would not solve the underlying problem.

“The solution is to open the gate that is in El Cid because it is an obstacle and on occasions, it has been responsible for agglutinating garbage and obstacles that cause the water to back up and flood El Toreo, that gate should not exist, it is an obstacle to a natural canal, and the other option, if you do not want to fully open this gate, is to divert liquid through the Canseco with a rain pipeline ”, he concluded.

The next step is to decide which project is most viable, then set the resources, and finally proceed to construction. Neighbors say that promises have not remained, what is missing is to get to work.