Mazatlán, Sinaloa. – A few minutes before the final of the Caribbean Series between Puerto Rico and the Dominican Republic and the closing of the sports event, the atmosphere outside the Teodoro Mariscal Stadium is lived with the same intensity as on opening day.

The attending public was able to enjoy artistic presentations by SEDECTUR on the esplanade before entering. The doors of the building were opened at 6:30 in the afternoon and an estimated flow of 5,000 to 7,000 fans.

“I believe that baseball fans, regardless of whether the host team did not go to the final, will attend the game and we are ready and prepared to receive them,” said Eloy Ruiz Gastélum, coordinator of Civil Protection.

He added that the behavior of the fan in these seven days was acceptable, even with his incidents. He added that a total of 80 spectators were withdrawn from the stadium due to non-compliance with general health protocols.

“The behavior of the fans has been what was expected, despite the small incidents that have occurred, some funny others not so much,” he added. 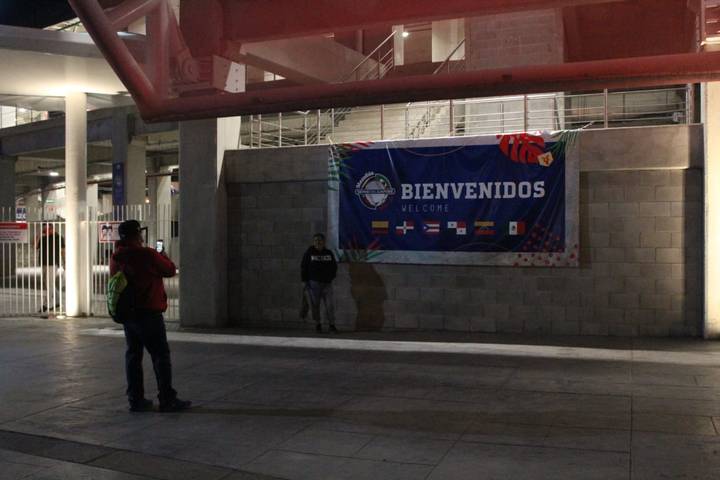 Jesús and Cynthia, originally from Ciudad Juárez, traveled exclusively to come to the Caribbean Series, they say they will return with a good taste in their mouths, although the representative of Mexico has not made it to the final.

“We have been here all week, the event has been very nice, the sanitary operations were very good, right now we are going to enter the game, although Mexico has not passed, to enjoy the sport,” they said.

As night fell, the presence of the fans of the “King of Sports” was more notable; National fans and the local team, Venados de Mazatlán, were observed in large numbers. 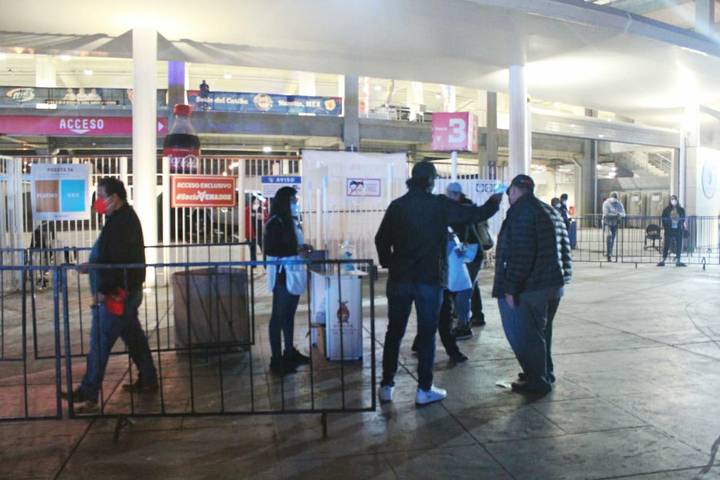 Leticia Romero traveled from San Diego, California to support the Mexican team, it is the first time she has attended a series.

It is the first time that I come to see a Caribbean Series and I am delighted, I have been fascinated by the stadium, I have never seen such a beautiful stadium

In the event of an upturn in infections, the Ministry of Health is ready to face it: Muñoz Madrid

In Sinaloa, there are 1,010 active Covid-19 patients and while some face a critical situation, in Mazatlán, the Caribbean Series brings together more than 7,000 fans per game. On its first day, the result in terms of prevention for state Civil Protection is positive.

The head of Civil Protection in Sinaloa, Francisco Vega Meza, declared that “we welcome the start of the Caribbean Series, we have not had any extraordinary circumstances that put any person at risk. “

The sporting event that has caused great controversy among citizens, continues to be defended by state authorities, to ensure that health and the economy must be balanced.

It was at the opening of the Caribbean Series and the first game in Mexico when the influx at the Teodoro Mariscal Stadium increased compared to the first matches.

In this, the allowed capacity is 43 percent, that is, around seven thousand people gathered in the same place because Sinaloa is in orange at the epidemiological traffic light.

Vega Meza, acknowledged that they do not rule out that there is a risk from the Caribbean Series and on the image in which a large number of fans are appreciated without respecting the healthy distance, defended that, during the second inning of the game, the photographs that they took demonstrate the separation of people.

However, in the image that provoked a rejection in the citizenship, the assistants are standing and the separation between each one seems to be less than a meter apart.

“In short, seven thousand people is a significant influx, it must be said, true, however, what we have done since June when the new normal began, we have contributed with all economic activities with all protocols, in the case of In baseball and in soccer we have built protocols, we have ensured that they are complied with ”, he assured.

The head of Civil Protection in Sinaloa pointed out that as an authority they make the health protocols, but it will always be the decision of the people to attend or not to a stadium, restaurant, go to the cinema, theater or any public space.

What we are going to continue doing is helping to reduce the risk of contagion, as we have done until today and the Caribbean Series will continue like this

Regarding the behavior of foreign and national tourists, he indicated that they have seen a positive response in the use of face masks and complying with each measure that is applied in the sanitary filters at the entrance of the state, in Mazatlán, port, airport, stadium and central truckers.

He stressed that the challenge in the pandemic continues to be family and friends meetings, where sanitary measures are not respected, while, in businesses, hotels and work centers, an effort is made with the protocols.

For his part, the director of prevention and promotion of the Ministry of Health, Cristian Muñoz Madrid, said that in 15 days the behavior of the figures for the Caribbean Series will be reflected. Meanwhile, they hope that in Mazatlán there will not be a rebound due to the preventive work they are doing.

We are ready with the call center, with the hospitals, with everything that entails, hopefully this will not cause us any problems and if it does, we are ready to face it, there is no problem 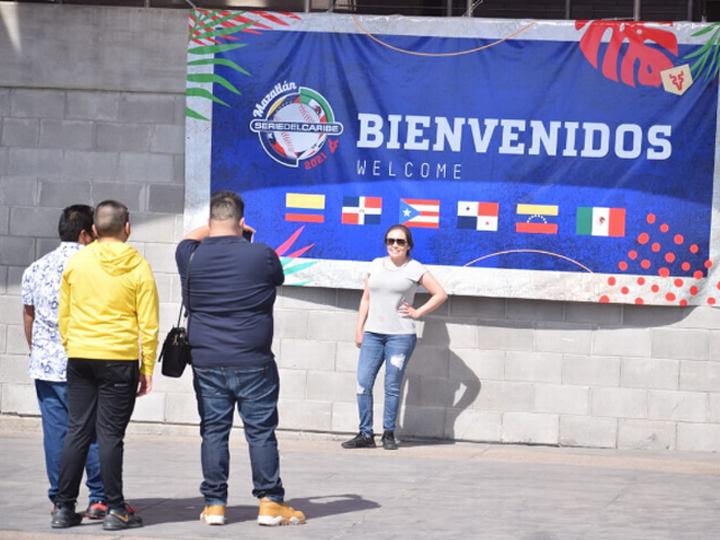 He agreed that visitors comply with the use of the mask, but in the healthy distance, it is where they have had more complications to carry it out and in the case of foreign tourists, the comments they have received is that during the pandemic they have cared.

“The truth is that it is complicated, because many people sometimes ignore you, but fortunately, whoever does not pay attention, the public force invites him to leave the stadium, yesterday we had two or three situations and people, well, no way. he had to leave, because they have to abide by the measures and if not, the stay inside the stadium is complicated , “he explained.

Regarding the division of opinions in society, he added that everyone’s economy should also be put into the new normal and in this case, through the Caribbean Series, support is given to small merchants who depend on sales. per day.

Video: Humpback whales fall over whale watching boat full of tourist in the Sea of Cortez