San Cristóbal de Las Casas.- Two dead and two injured was the balance of a confrontation between residents of Molino Los Arcos, the Lower part and Third Section this afternoon when they held a meeting in said place located to the east of the city, within what It was the Gertrude Duby reservation.

The events took place around 5:00 p.m. when an assembly was held in Molino Los Arcos, the lower part, and according to representative Manuel “N” due to land problems, when a group from the third section arrived and began to shoot at them with weapons.

A Fire resulted in 4 injuries including a minor.

The injured were rushed to the Las Culturas hospital but two of them lost their lives, Luis LE, 35, aka El Niño, and Rodolfo LH, 25, one with an impact at the level of the left parental with no way out and the other on the tibia. and left fibula.

The burning of at least 10 homes was also reported, including those who allegedly took the lives of the two people.

In this sense, the State Attorney General’s Office (FGE) began the investigation folder against who or those who are responsible, derived from the violent events in Molino de Arcos in the municipality of San Cristóbal de Las Casas, where two people lost their life and one more was injured by gunshot wounds. 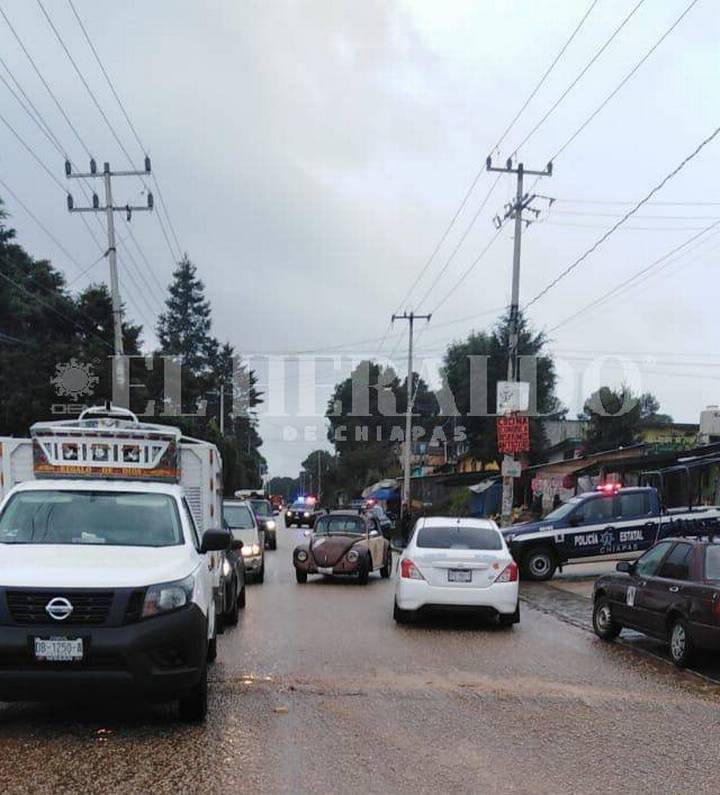 In a statement, they indicate that after hearing the criminal news, elements of the Specialized Police and Expert Services of this Prosecutor’s Office went to the General Hospital of San Cristóbal de Las Casas, where they reported the death of 30-year-old Luis “N” and another male of unknown identity.

Consequently, the lifeless bodies were transferred to the Forensic Medical Service to carry out the legal autopsy, while the social representation carried out the corresponding procedures according to the Homicide protocol.

The State Attorney General’s Office reaffirms its firm commitment to Chiapas to guarantee the rule of law and reiterates that no criminal conduct will go unpunished.

This Human Rights Center has received information related to a series of clashes between armed groups in the northern area of ​​the city of San Cristóbal de Las Casas (hereinafter San Cristóbal), in the territorial perimeter of the community known as Molinos Los Arcos, a situation in which they report two murdered people, burning of houses, fenced families, anguish and terror in the population, acts perpetrated by armed groups, where they are putting at high risk the life and integrity, personal safety and forced displacement of residents of North zone of the City of San Cristóbal.

These acts of violence have lasted a period of months in which, on a daily basis, they report shots of high-caliber weapons and confrontations between groups that are armed, under the permissiveness of the municipal and state authorities of the Chiapas government.

According to documentation that the Frayba has, they tell us that at 11:30 p.m. No authority has intervened in the conflict zone, on the contrary, there are threats that these groups will enter the houses and attack and displace the civilian population.

For this reason, we urge the Mexican government to immediately intervene to:

First.- Urgently implement precautionary and precautionary measures to guarantee the right to life and personal integrity and damages that cannot be repaired for the inhabitants of the northern area of ​​San Cristóbal de Las Casas.

Second.- Investigate and punish the armed groups that have kept the population of San Cristóbal in terror for months.

We ask national to international civil society to send your appeal to:

Members of the Jewish sect Lev Tahor were detained in Chiapas, Mexico