Tenants will celebrate by working; the Covid pandemic prevents celebrations

Mazatlan, Sinaloa.- The municipal market ” José María Pino Suárez “, located in the City Center , held this Wednesday its 122 anniversary and because of the pandemic of the Covid-19 n or will be special celebration.

The enclosure was founded on May 5, 1899, with the name of Manuel Romero Rubio, but in 1915 it was changed to the current name in honor of the Vice President of Mexico, José María Pino Suárez, who was assassinated along with Francisco I. Madero one year later.

The “Palacio de Hierro”, as it is also known, was designed and built by Alejandro Loubet, which was made of iron and steel based on the Art Nouveau style, where the same technique was used that seven years ago had been used in the construction of the Eiffel Tower. Without a doubt, this work marked the history of the Mazatlecos.

The market has undergone important modifications over the years, but it continues to be one of the main poles of commerce, as well as an architectural jewel and an emblematic place of the port for tourists.

The secretary of the Union of Tenants, Alejandro Ontiveros, confirmed that he would celebrate in the middle of work since the pandemic still does not allow other types of activities to be carried out.

“We are going to work normally, on this date that is so important to us, some tenants will give some details to their clients. Unfortunately, the concentration of people is still not allowed, we have against the pandemic, we are already in the vaccination processes it has decreased a bit but unfortunately, it is still not controlled, “he said. 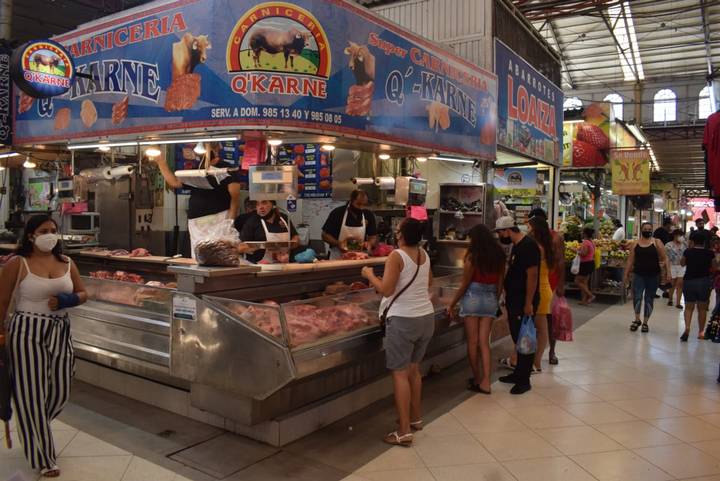 He said that despite the pandemic, the 289 stores continue to operate from greengrocers, butchers, chicken shops, fishmongers, groceries, candy stores, handicrafts, clothing and restaurants.

The Pino Suárez in one of the most emblematic places of the port, is very visited by locals and national and foreign tourists who come to the city.

The centennial market offers a great variety of unique smells and flavors, fresh meat, fruits, coffee, bread, seeds, fish, an extra attraction that is found in every historical corner of the place.